Discussion on UPR has started in regional areas of Mongolia 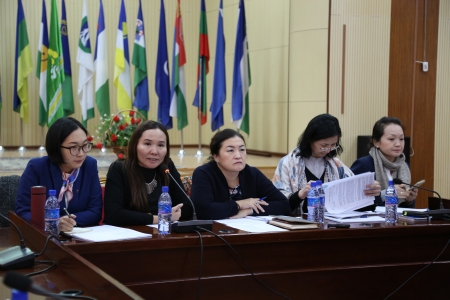 The National Human Rights Commission of Mongolia, Human Rights NGO Forum, Ministry of Foreign Affairs and Ministry of Justice and Home Affairs have been collaborating to organize a series of discussion meeting on Universal Periodic Review of UN Human Rights Council in four regions of the country.

This discussion meeting aims to hear opinions and views of representatives from regional communities, government and non-government organizations, and to exchange information on realization of human rights issues. This meeting will contribute to the development of mid-term report on implementation of UPR recommendations given to the Government of Mongolia. The discussion has been financially and technically supported by the Open Society Forum and UPR-Info international non-government organization. This first discussion meeting was successfully held on 6th March 2018 in Zuunmod city of Tuv province.

The discussion included 40 participants from government and non-government organizations and shared information on implementation progress of UPR recommendations, and assessed the human rights situation in the region. During the discussion, participants have highlighted a need to improve a gender awareness and knowledge of high-level public officers and to create and form a human rights-based approach among them. The participants also raised their concerns about and suggested to take necessary actions to fight against the worst forms of child labour such as child jockeys and children working in mining areas. Another concern and suggestion, among others, from the participants was to organize an event aimed at raising awareness of youth about adverse consequences of drugs.