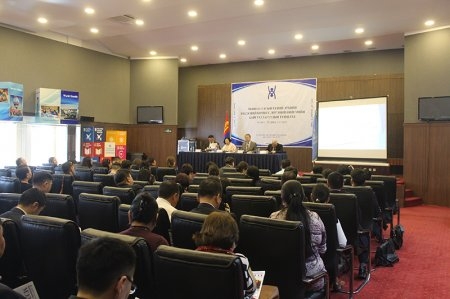 NHRCM organized its 13th meeting "Partnership of NHRI and civil society” at the UN House on 17 April 2017.

NHRCM Annual report is an important document that is a legal source containing recommendations to drawing attention of the parliament and the government and its subordinating institutions and the general public to urgent human rights problems and to eliminate human rights violations.

Thus, the Commission held this meeting in order to identify the roles and participation of government organisations and civil society to ensure the implementation of the recommendations proposed through the 16threport.

The meeting involved representatives of 13 government organisations including the Cabinet Secretariat and Ministries of jJstice and Home Affairs and Labour and Social Protection, and civil society organisations and media organisations.
Go back