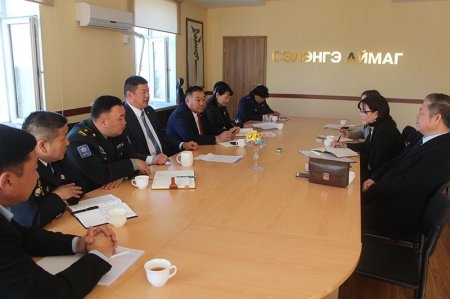 Within the scope of the campaign the NHRCM team held a meeting with the Chairman of the Citizens’ Representatives Council and the Governor of the province, staff of the Governor’s Office, and personnel of the provincial law enforcement organisations for discussions on current state of human rights, implementation of the right to labour of employees of public and private sectors, human rights issues related small scale miners and artisanal miners.

The human rights campaign event was attended by 65 persons including individuals and those representing civil society.

The NHRCM team continued the human rights campaign in Darkhan-Uul province on 27 and 28 April 2017.
Go back