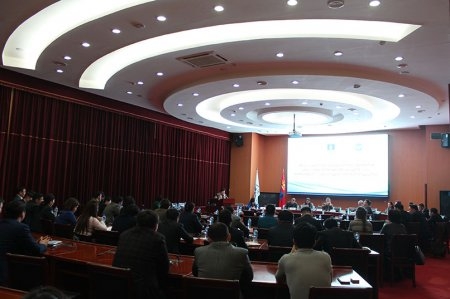 National Human Rights Commission of Mongolia, jointly with the Ministry of Foreign Affairs and Association for the Prevention of Torture, organized discussion on ‘Roles and importance of the national preventive mechanism against torture’ on 10 March 2016.

The discussion was attended by 60 participants including Commissioners of the NHRCM and representatives of the Ministry of Foreign Affairs, Ministry of Justice, State Prosecutor General’s Office, General Police Department, Takhar Authority, Association for the Prevention of Torture, and NGOs that work in the human rights field.

Mongolia ratified the Optional Protocol to the Convention against Torture and other Cruel, Inhuman or Degrading Treatment or Punishment (OPCAT) on 11 December 2014.

State party to this instrument has obligation to establish or designate an independent national preventive mechanism against torture within 1 year from the time it acceded to the instrument and create a system to prevent torture and cruel and inhuman treatment at places where persons deprived of their liberty exist and to undertake oversight.

Article 17 of OPCAT states, "Each State Party shall maintain, designate or establish, at the latest one year after the entry into force of the present Protocol or of its ratification or accession, one or several independent national preventive mechanisms for the prevention of torture at the domestic level.” However, Mongolia still hasn’t established national preventive mechanism and currently there is a talk to designate NHRCM as NPM.